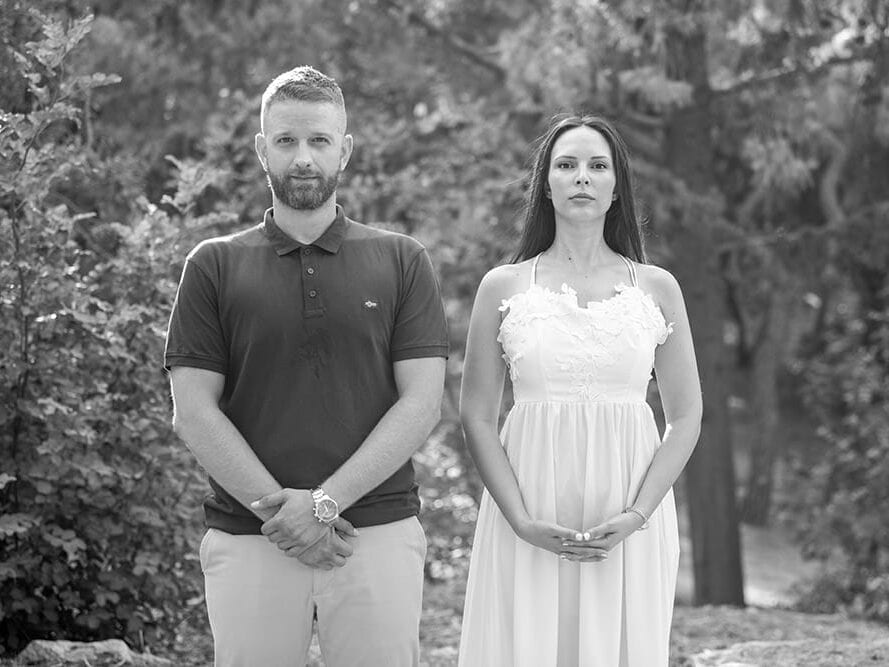 The history of the wedding photography

Since the only source of information regarding the living of my grandfather as a wedding photographer are my uncle and my grandmother, I visited my birth town Florina located in northern Greece in order for them to share with me their memories of the past. My grandfather was taught the art of wedding photography in 1937 when he moved from Florina to Thessaloniki.

But let me first tell you that the idea of creating memories from a wedding day goes back before the camera when the very rich paid artists to have a portrait painted. The earliest examples of wedding photography are from 1840. These days, photography was very different than today, each photograph took a long time to set up his camera and develop the final image.

My grandfather bought his first wooden camera in the 1930s and was taking photos of the newlyweds in parks and squares. Occasionally, he was asked to visit the villages and took photos of the girls who wanted to get married abroad. This was the pre-wedding photography (joking!!). These photos were instant and developed in the dark box of the wooden camera on a tripod. We have all seen the little photos of carton cut lace-wise that figure our grandfathers.

Approximately ten years later, in 1945 in the middle of the Civil War, he opened his first photography store when families, couples, newlyweds, and soldiers wanted to have printed memories. These photographs were very artistic in look because my grandfather actually painted the backdrops with a pencil. Who has not seen the cigarette’s smoke in the photo of a soldier? This was hand-painted photography and a very fashionable trend those days.

Indeed, black and white photography was preferred for many years, even after the introduction of color photographic technologies. The reason for this was because the color would end up fading. After the Second World War, there was a “wedding boom,” when marriage became very popular as soldiers returned home from war.

In 1960 my grandfather opened his second photography store which offered a bigger photographic studio and could host multiple backdrops that the newlyweds could choose for their photos. Then, he commenced to show up to weddings, take pictures, and then sell prints after the event. He took advantage of the portability of his newly designed camera Regina and could shot out of the studio as well.

As the years go passing by the need of having memories of other than wedding events, like baptisms, anniversaries, engagements, and parades opened the way to the new style of wedding photography. In the very late 60s, the style of wedding photojournalism emerged abroad. My grandfather Achilleas Vogdanidis introduced the new trend in the 1970s in northern Greece and transformed the look of wedding photography. Since the 1980s, he and my father Vasilis Vogdanidis have covered over 500 weddings in the documentary style.

When the digital camera came into play, the wedding industry changed in a major way. Digital technology allowed photographers to cover in a more exclusive way the weddings and create unlimited amounts of photographs.

Then as now, we choose to cover the weddings in a documentary style. We choose our lenses to capture the memories of the wedding day as they unfold with shockingly truthful and realistic images.